On November 2 I realize Halloween at this point in my life has no meaning just like Christmas it has the stench of a sales man with nothing to sell, but an all consuming idea.  But I do feel I need a time to explicitly remember the dead and face death as a mortal that I am.

On this day I was lucky to be part of Highways Performance Space Dia de los Muertos Celebration.  It was a performance that stemmed from a workshop conducted by La Pocha Noestra at Highways.

The Performance itself was a variety of talented performers showcasing a variety of styles.  Ranging from dance, singing, to performance, some including all three.  Sneak peek pictures coming soon.

After the show I was honored enough to be invited by Mike Meanstreetz to be part of a jam performance at a house in Echo Park.  It was a Zombie Day of the Dead Party.  I was happy enough to freak out some more and channel some ancestral wisdom to freak out the locals.  Didn't quite get enough at Highways I guess.  In the end it was a wonderful piece.  Lazer Blade on keys/ sound/ mythical puppet performance, Mike Meanstreetz on drums and triggers, Zac Vidal on sax, and a new one I just met (groove guy) ARCHITECT on sax...SAX, duo it was monstrous.

Here are some lovely pics via Amy Darling.

Don't forget to water your Roots.

Much too Weird for your scene. 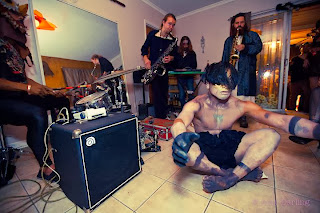 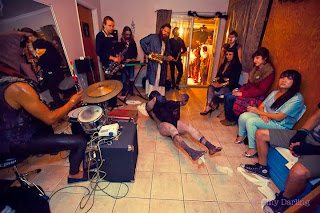 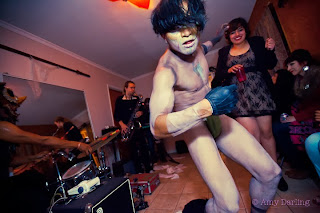 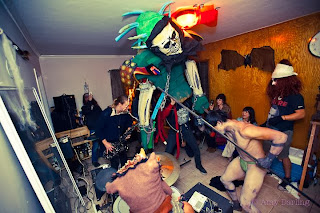